“You have these great outcomes but actually, imagine – this was 20 kids that we were able to place (sic) within five months – imagine if we had more and we had the ability, not only the capability but the capacity, to do more” – Bianca Elkington, Te Rūnanga o Ngāti Toa general manager of employment and education

While Budget 2021 included a priority to lift Māori and Pacific incomes, skills, and opportunities the focus has been more on housing and health.
There are those who argue that the government should continue to increase its investment in youth employability.

He Poutama Rangatahi is a fund that has had 5752 rangatahi enrolled in programmes to date (81% identified as Māori) with 2453 rangatahi now in employment, education, or training.

Mana in Mahi: Phase One prototype was intended to support at least 150 participants, who are in receipt of a main benefit, into sustainable and meaningful work. As at the end of June 2019, 247 people have been placed into Mana in Mahi roles. 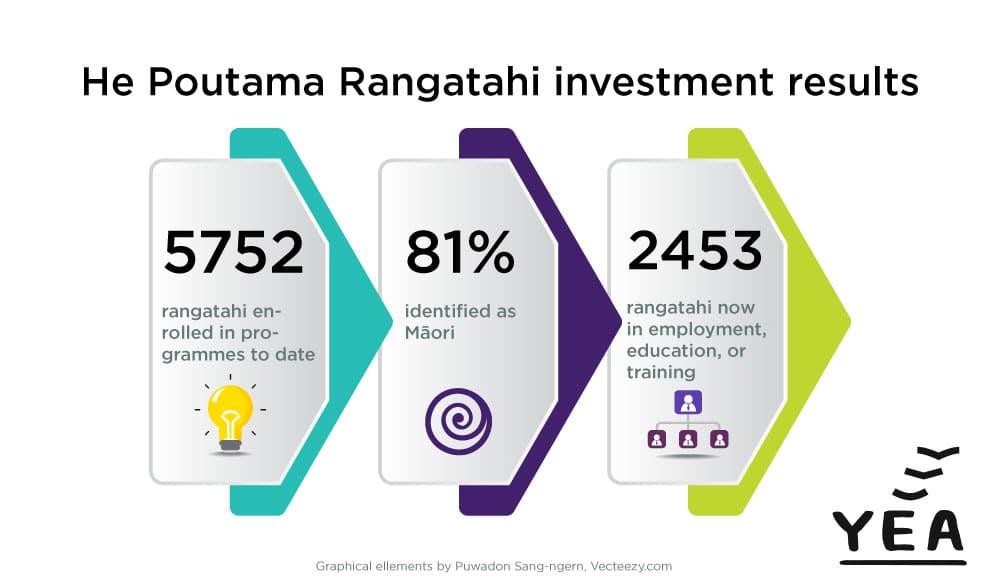